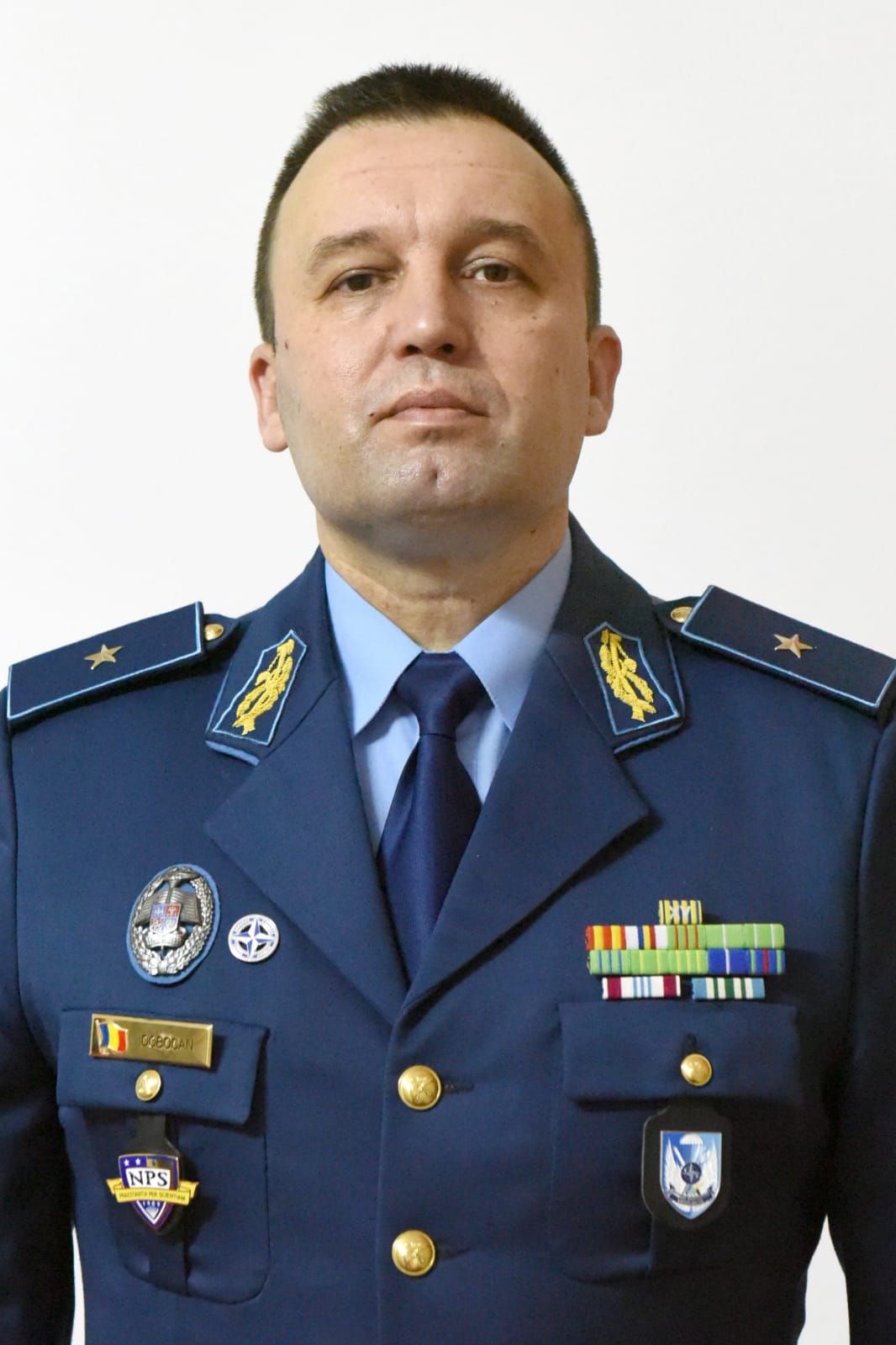 Brigadier-General Claudiu (“CD”) DOBOCAN serves as deputy commander of the
Romanian Special Operations Command as of April 2020, after serving for two years as
Director of the Command and Acting Deputy.
Some of his joint assignments include, most notably: (1) the commander position of the
Special Operations Component Command (2019 to present day); (2) exchange officer to
U.S. Special Operations Command in Tampa, Florida (2015-2017); (3) Director Special
Operations Element, Regional Command-East, Afghanistan (2012-2013); and (4) Head,
Exercise Branch, NATO SOF Headquarters, Belgium (2008-2011).
Formation-wise, BG DOBOCAN is a graduate of the Army Academy, Promotion of 1995
(Infantry). His junior officer career includes 10 years in Airborne and Special Mission
Battalions, in various command and staff positions at the tactical level. He later held the
position of SOF Advisor to the Army Chief of Staff (2005 to 2008), where he contributed to
the development of the Army SOF and in particular to the endowment, force generation and
deployment of Romanian SOF to Afghanistan.
Starting in April 2008, LTC DOBOCAN (at that time) served for three years with the North
Atlantic Treaty Organization (NATO) SOF Coordination Cell / NATO SOF Headquarters
(NSHQ) in Mons, Belgium as Exercise Branch Head, contributing to the institutionalization
of NATO SOF through the development of NATO-wide SOF standards and the writing of
key NATO policy and doctrine, to include ACO Forces Standards, Volume X—Special
Operations.
Between 2011 and 2015, he held various key positions in the J2 and J3 with the Romanian
Special Operations Component, significantly contributing to the planning, design and the
development of the Romanian SOF capabilities and posture. Immediately after, COL.
DOBOCAN served for two years as Exchange Officer with the United States Special
Operations Command, Tampa-Florida, USA.
Between 2017 and 2018, COL. DOBOCAN (at the time) and a small, select staff
conceptualized, framed and established the new Romanian SOFCOM, a brand-new Joint
SOF School and they operationalized the key tenets of the Romanian SOF Transformation
Initiative.
As educational bona-fide, BG Dobocan also holds a Bachelor’s Degree (with distinction) in
Management from the Army Academy (Sibiu, Romania), a Master of Science Degree (with
distinction) in Special Operations, from the Naval Postgraduate School (Monterey,