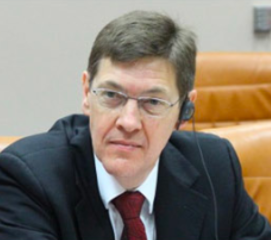 He joined the Assembly in 1983 as Director of the Science and Technology Committee, a position which enabled him to draw upon his background in both science and security studies, and he was appointed Deputy Secretary General in 1997. He was closely involved in the Assembly’s adaptation to the post-Cold War environment which has included parliamentary outreach and training programmes, assistance with security sector reform, and the integration of non-member parliaments into the Assembly's activities.

He has served in various boards and advisory panels including from 2009 to 2014 as a member of the Senior Steering Group for NATO's Special Operations Headquarters.