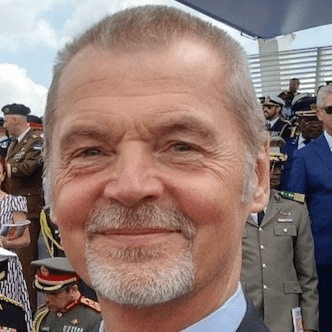 Assistant Secretary General, NATO
Prior to joining NATO, Dr. Antonio Missiroli was the Director of the European Union Institute for Security Studies (EUISS) in Paris (2012-17). Previously, he was Adviser at the Bureau of European Policy Advisers (BEPA) of the European Commission (2010-2012); Director of Studies at the European Policy Centre in Brussels (2005-2010), and Senior Research Fellow at the W/EU Institute for Security Studies in Paris (1998-2005). He was also Head of European Studies at CeSPI in Rome (1994-97) and a Visiting Fellow at St Antony’s College, Oxford (1996-97).

As well as being a professional journalist, he has also taught at Bath and Trento as well as Boston University, SAIS/Johns Hopkins, at the College of Europe (Bruges) and Sciences Po (Paris). Dr. Missiroli holds a PhD degree in Contemporary History from the Scuola Normale Superiore (Pisa) and a Master’s degree in International Public Policy from SAIS/Johns Hopkins University.