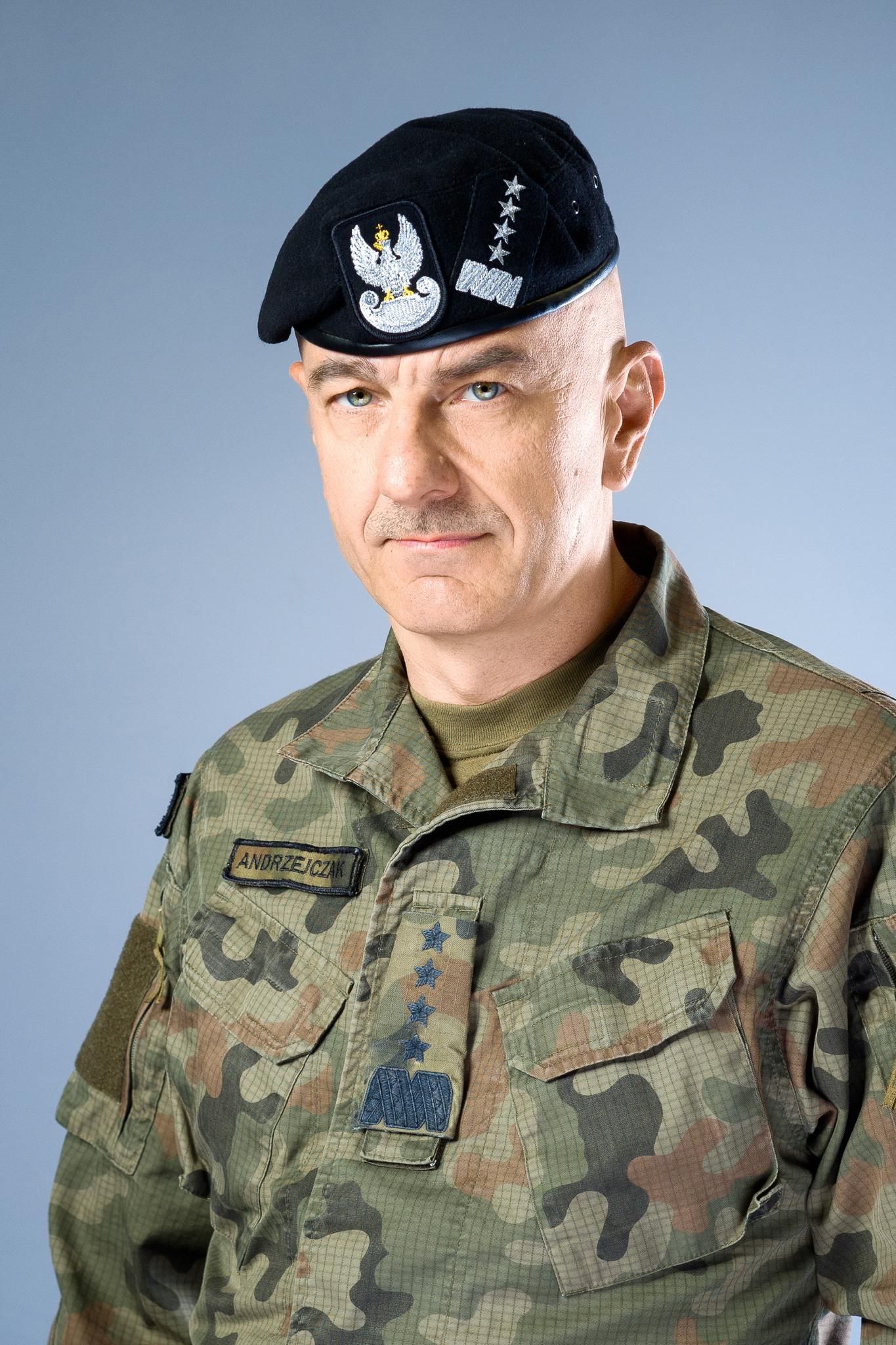 He began his military service in the 2nd Infantry Regiment in Giżycko, where he took over the first position of the platoon commander. In the years 1993-1996 he commanded a tank company in the 15th Mechanized Brigade. In the years 1996-1998 he served in the reconnaissance and operational sections in the 4th Armored Cavalry Brigade.

In the years 1998-1999 he served as chief of staff, and in 2001-2003 as deputy commander of the Polish-Lithuanian Peace Force Battalion (LITPOLBAT). In 2003-2005 he commended the 1st armored battalion in the 15th Mechanized Brigade. In the years 2003-2006 he served as the deputy chief of the G-3 Operations Branch of the Land Forces Command. For the next 4 years he was: the chief of the Operations Branch during the mission in Iraq and the Commander of Polish Task Force / Polish Military Contingent during its IV and V rotations in Afghanistan.

Between missions in 2008-2010 he served as the deputy commander of the 34th Armored Cavalry Brigade in Żagań. During the years 2010-2012 he served in the 2nd Mechanized Corps in Cracow as the assistant to the chief of staff.

In 2011 he received the nomination for the rank of Brigadier General, and in 2012 he took command of the 17th Mechanized Brigade in Międzyrzecz. From December 8, 2014
he was Deputy Commander-Chief of Staff of the 12th Mechanized Division, and from
May 2, 2016, he was appointed Commander of the 12th Division.

On August 15, 2016, he was nominated as a Major General. He was awarded the Order of the Second Class Military Cross – Commander’s Cross. Star of Iraq and Star
of Afghanistan for his service in the Polish military contingents and for long-term service in the army and very good accomplishment of defense tasks he was also awarded with silver medals: Armed Forces in Service to the Fatherland and For the Merits for the National Defense.

On November 12, 2019, Lt Gen Rajmund T. Andrzejczak was nominated to the rank of General.