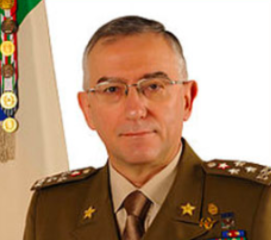 General Claudio Graziano joined the Army in 1972. He served in units of the Alpini (the Italian Army Mountain Troops) holding several Command and Staff positions up to Brigade Commander, also taking part to several exercises in Denmark and Norway within the AMF(L).
He served in several positions in the Army General Staff, in the Office of the Chief of Staff of the Army, as DCOS Operations in the Italian Joint Operational Headquarters and as Chief of Cabinet of the Minister of Defence.

From December 2011 until February 2015 he was appointed as Chief of Staff of the Italian Army and from 28 February 2015 until 5 November 2018 as Italian Chief of Defence.
Since 06 November 2018 he has been the Chairman of the European Military Committee.
A graduate of Italian Army Staff College and United States Army War College, General Graziano holds two BA and two Master degrees.